The ever-surprising Hong Kong has a myriad of interesting landforms. The long and sinuous coastline is a natural geological gallery, featuring spectacular landforms and rock formations formed by volcanic activities 140 million years ago and shaped by waves and weathering. The Hong Kong Geopark, recognized as such in November 2009, comprises of eight major geological sites and is of international stature. One of these sites is in the region of the High Island water reservoir, the destination of this tour.

The High Island Reservoir, opened in 1978, was built as a direct result of the water shutdown by mainland China during the 1967 riots, in order to alleviate Hong Kong’s fresh water shortage with a capacity of approximately 273 million cubic metres. The construction cost more than HKD $400 million and spanned a 10-year period. This beautiful area was virtually inaccessible until the 1970s.

Our walking tour starts along the reservoir, in the Sai Kung East Country Park, and continues on to its easternmost end. From here we view the magnificent hexagonal columnar joints, one of the largest geological formations of this kind in the world. We walk in this area and further around the corner to take in the view of Long Ke. Here we can see how wind and water has crafted unique sea caves along the Sai Kung Peninsula coastline.

Coming back along the reservoir service road we walk southwards and leave the service road to join a smaller path leading down towards the coast. A Hakka village is nestled into the valley next to a plain that used to be cultivated farmland and rice paddies. The beautiful beach in front might invite one or the other visitor for a dip in the sea.

We move on to Leung Shuen Wan, which consists of three old Hakka villages. Here the fishing community is still active: the weather-protected bay is ideal for fish cultivation. We’ll treat ourselves to a Seafood meal at one of the Restaurants here. After lunch, we visit the magnificent Tin Hau Temple of Leung Shuen Wan. Modern fisherman and their families still make offerings here before heading out to sea. We return back to Sai Kung by water, on a traditional junk.

While on the water, we see more Geopark wonders of hexagonal columnar joints, Sharp Island which is connected by a tombolo to the small island of Kiu Tau, Kau Sai Chau (site of Hong Kong’s spectacularly sited three public golf courses complex), an island for fishermen’s graves and the inland water dam wall of High Island Reservoir.

Highlights: Stroll through a unique landscape formed by the combination of the man-made water reservoir, the sea, and the hexagonal stone columns. Lunch break with seafood at a tiny fishing village and a boat ride back to civilization.

Note: Tour operates from September to June, Monday to Friday Please note that our tours run on demand. You have to make a booking in order to participate. 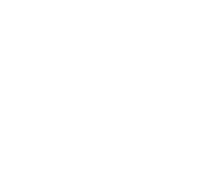